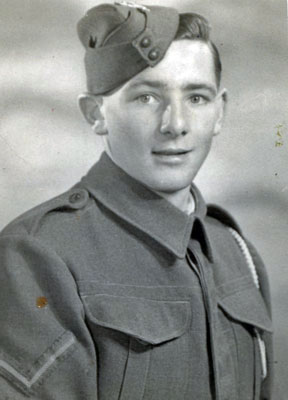 Ray's Father was a commerical beekeeper and after the war Ray joined the Agricultural Deptartment as an Apiarist Instructor. After 8 years, in 1954, he left to start a commericial apiary business. 1958 then he became a book seller/stationer, a career that lasted 30 yers.

Ray was a great success as a book seller and 23 years were spent as an executive on the N.Z. Booksellers Council - 3 of those as president. In 1984, Ray was awarded a certificate for outstanding service to the retail bookselling trade. Then, as a chairman of the Book Marketing Council (a joint publishing & Bookseller organisation), in 1985 he was elected to lifetime membership. The only bookseller ever to be given such an honour. Ray retired in Taupo in 1988. 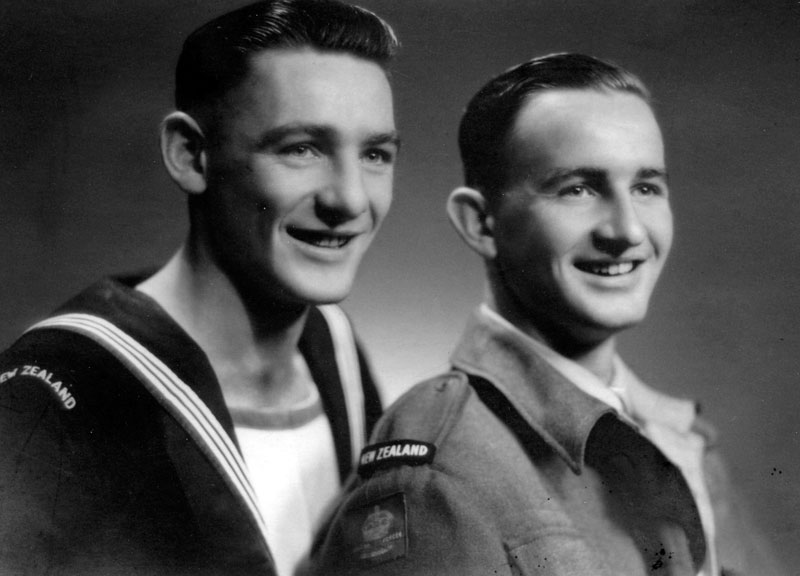 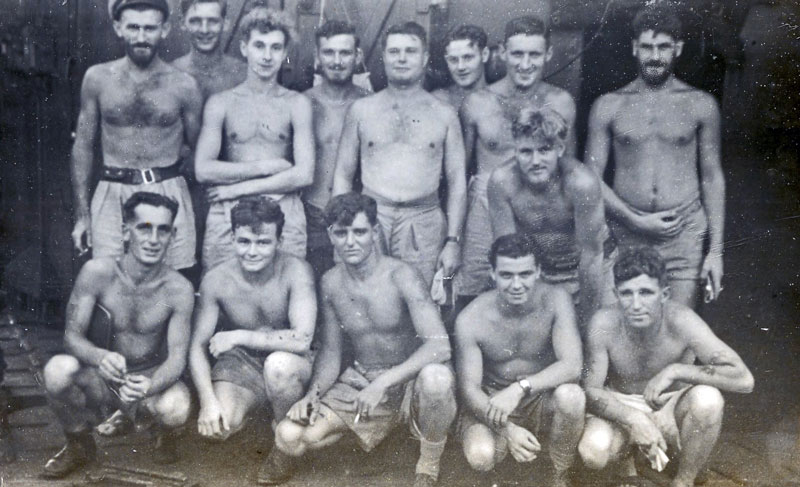 "B" Turret guns crew in 1945
Able Seaman Ray Goddard is back row, 2nd from left

On August 27th, 1945, we had last received orders to move into Japanese waters….It was a slow journey and an anxious few hours. We were all at action stations with guns loaded and ready to hit pre-selected targets. Apart from the concern of mine fields everyone thought a last ditch all out attach by suicide planes was a distinct possibility. Our aircraft carriers with their destroyer escorts stayed well out to sea but sent hundreds of planes to give us added protection. After so long at sea constantly on the alert, with the ship pitching and rolling in heavy seas the tranquility of being at anchor was intensely moving and enhanced by a glorious sunset against the backdrop of Mt Fujiyama. Then as the sun went down and sounds of the ships bugle echoed across the bay all sailors on deck stood to attention, faced aft and saluted as our flag was lowered for the day. Very very emotional! The war had really ended! 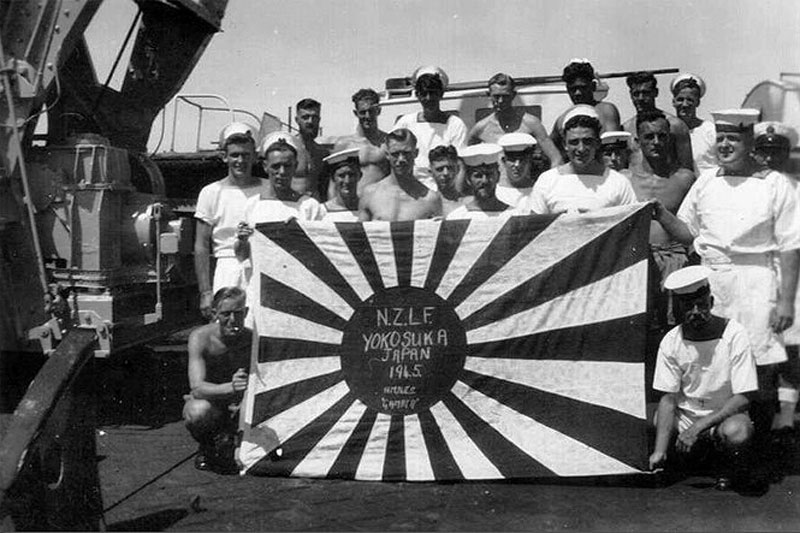 Ray Goddard is the man on the bottom left of this photo. Ray Goddard was part of "B" turret guns crew.

The writers and contributors of the RNZN Communicators Association have been a wonderful source of information. In November 2018, Shane Scott wrote that the crew member 4th from the right in the above photo looks like his granddad, Lindsy Cummings. Lindsy served on HMS Gambia from 1943 to 1946 as radar operator and pom-pom gunner. Lindsy passed away around 1994.

In 2017, Ray was interviewed for the NZ WWII Oral History Resource Centre and NGA-TOA Oral History Project. Ray reflected about what his time during WWII meant to him and how it affected his life. The video is comes from the NGA TOA / Our War Vimeo account.