Ken served on HMS Gambia for the 1955 to 1956 commission as a Sick Birth Attendant or more specifically as a dental technican. Apart from HMs Gambia he also served on HMS Apollo. Ken died in 1993, aged 60.

His niece, Janet Kirkham, sent a lot of very useful informtion for the page about the commission as well as Ken's service records. 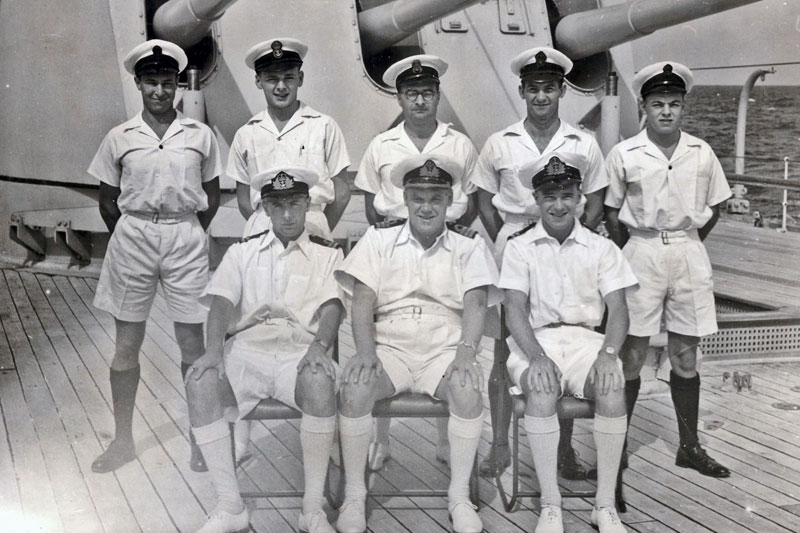 Above and below: The Medical Team on HMS Gambia during the 1955/6 Commission 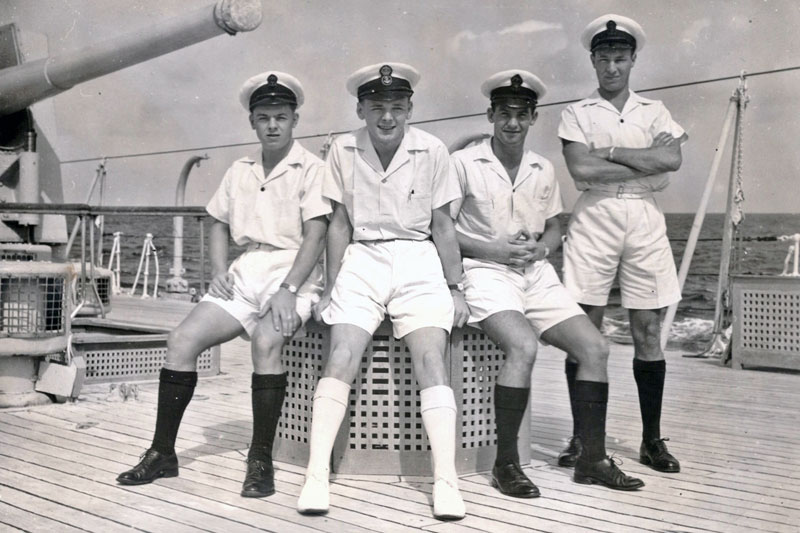 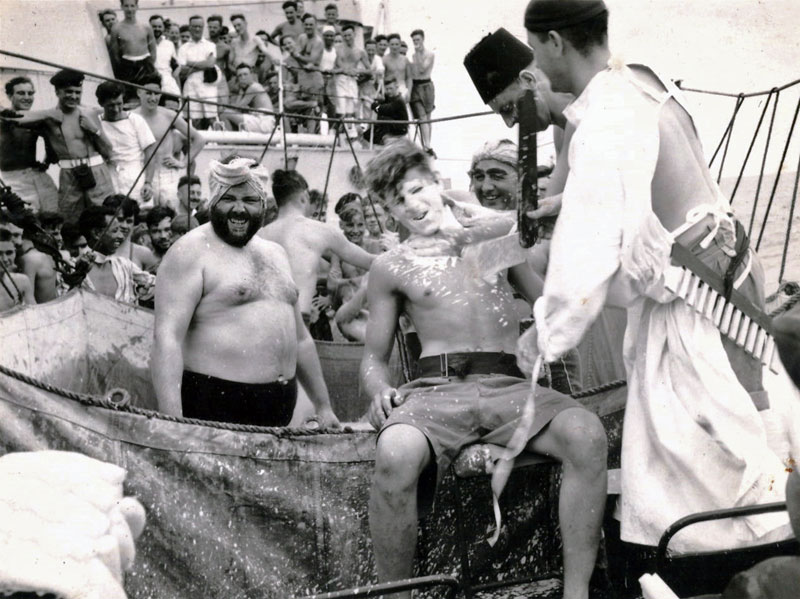 Ken Griffin? doesn't appear to be enjoying the rough shave given during the "Crossing the Line" ceremony
Another picture kindly submitted by Janet Kirkham, niece of Sick Berth Attendant Ken Griffin 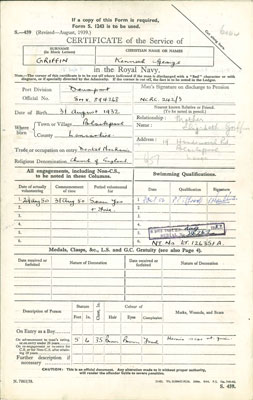 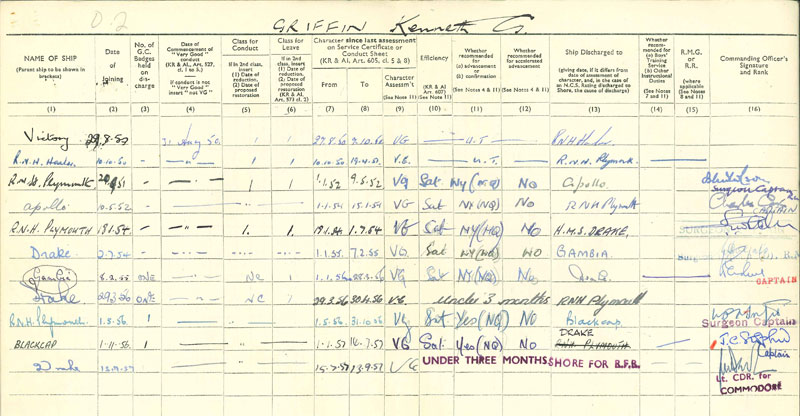 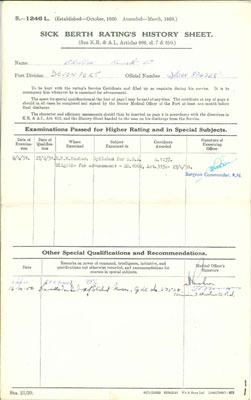