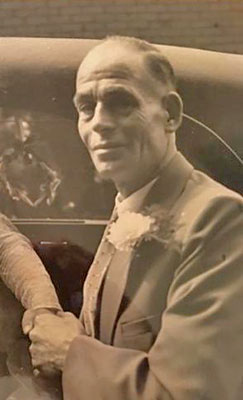 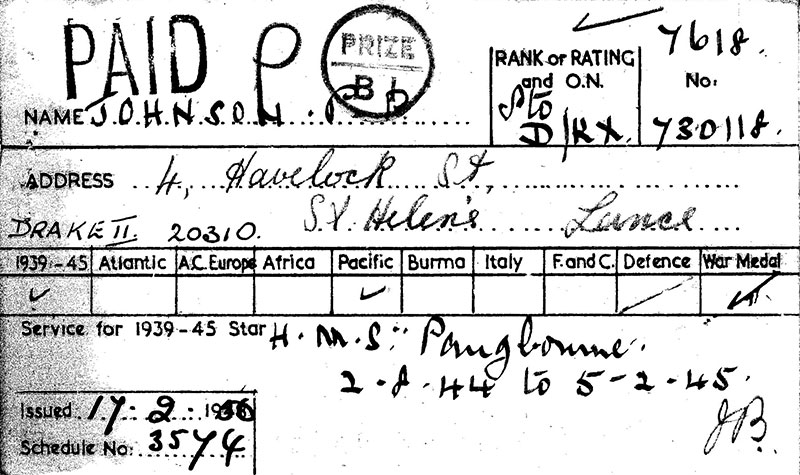 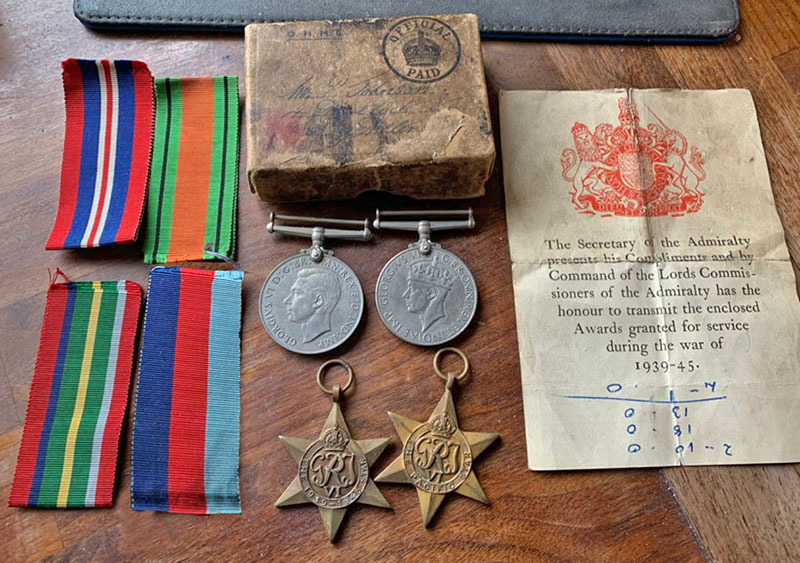 Like many sailors, Peter served on several ships while in the Royal Navy, from HMS Duke starting from March 8, 1944 to HMS Drake (a shore establishment ending on June 26, 1946. Here is a list of ships Peter served in:

HMS Duke was a shore training establishment at Great Malvern, Worcestershire and was intended for new intake stokers.

HMS Shrapnel II was a pair of old ships, HMS Resolution and HMS Revenge, used to train stokers at Southampton.

HMS Imperieuse retained the old ships HMS Resolution and HMS Revenge as HMS Shrapnel II but was joined by several other older ships.

HMS Drake is the shore training estalishment at Devonport, Plymouth

HMS Lucifer was the name given to the naval base in Swansea on the River Tawe, which was home to a minesweeping fleet, their main function was to safeguard crucial British shipping lanes by keeping the Bristol Channel clear of mines.

HMS Furneaux was a Royal Navy depot at Brisbane, Australia.

The Escort Carrier HMS Chaser (D32) started life as USS Mormacgulf before being transferred to the Royal Navy under the Lend-Lease program in 1943.

My thanks to Peter's grandson, Stephen Moss,for supplying the information about his grandfather. Stephen obtained his grandfather's records from whatever the Royal Navy had. He also received a letter which among other things said, "Please find enclosed copies of the documents requested as follows: Central record card of Service, Medal Entitlement card and Pay & Victual trace." The "Pay & Victual trace" part is interesting. For the purposes of accounting and supply many Royal Navy ships used a shore establishment and sailors such as Peter Johnson may well have spent more time at sea in various ships than these service records indicate.

For example, the records say that Peter was at HMS Drake, the shore training estalishment at Devonport, Plymouth on March 8, 1945, but the next day he was at HMS Golden Hind, a manning establishment on the Warwick Farm Racecourse, Liverpool, Sydney, Australia!