I would like to report that Doug Saunders, a former RM Bandsman/Bugler, has passed away. He was aged 79, and his funeral takes place at the Vale Crematorium, Stopley, Luton, on Wednesday 13th October 2004, at 14.30 hrs/ 2.30 pm.

Doug was an active member of the HMS Gambia Association, and he was such a nice man who will be sadly missed by all those who knew him. The HMS Gambia Standard will be paraded at the funeral. Doug was of the Olde Schoole, who failing to get himself called up by the Navy or Air Force, he upped his age by two years, and enlisted in the Royal Marines! Following initial training he was drafted to HMS Gambia where he soon found himself in the British Pacific Fleet, under the Royal New Zealand Naval White Ensign, where he served up to an including representing the Royal Marines and New Zealand Navy at the Surrender of Japanese Forces in 1946.

We will remember him.

Anthony served as Radio Electrical Mechanic on HMS Gambia from 1957 to 1958. Anthony passed away in October 2012. 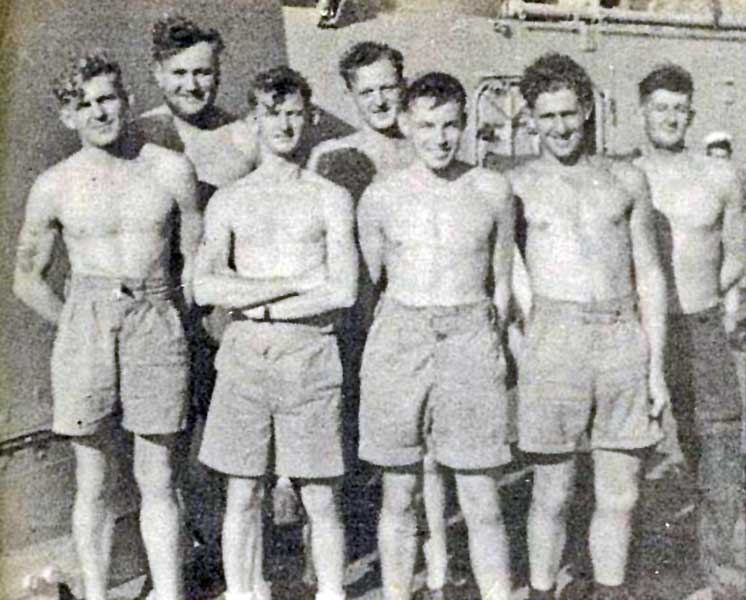 Ron served as an Able Seaman during WWII. He served on HMS Gambia between 1941 and 1943. this photo of Ron was taken in 2007 and was submitted by Bill Hartland. 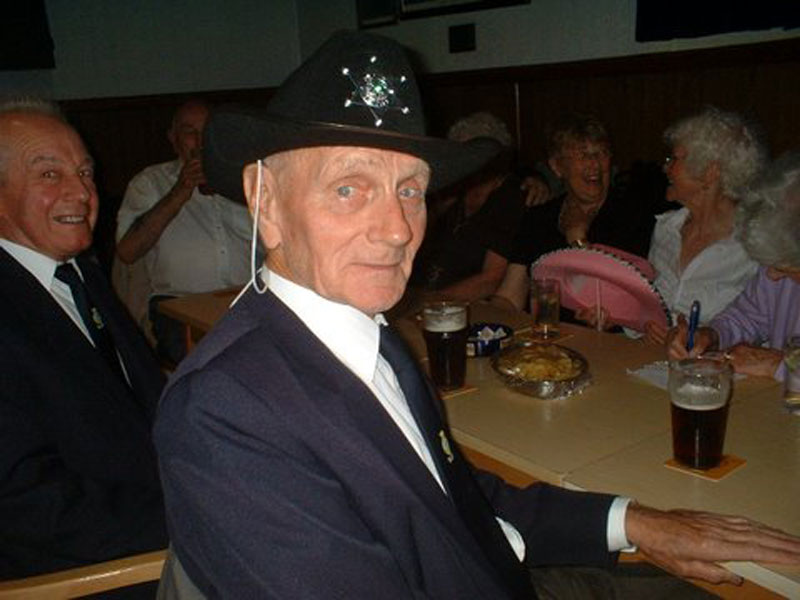 Ted served in the Navy, Army and Air Force Institutes (NAAFI) and was on HMS Gambia in 1946. He emigrated to Australia in 1970 with his wife and daughter and passed away in 1991.

Bill was born in 1923 and his service number was RNZN4585. He served on Gambia as Able Seaman (Radar) from her commissioning in Liverpool until his discharge in 1946.

Geoff, who served as Electrical Mechanician 1st Class on the 1959/60 commission of HMS Gambia, passed away in early May 2017.

Jack was one of the shore party that took Yokosuka Naval Base, Japan in August 1945. In 2015, Jack was living at Hokitika, New Zealand.

Fred served in the Supply & Secretariat devision as Lead Cook on HMS Gambia for her 1958/60 commission. Fred served on HMS Finisterre, Vigo, Tenacious, Dunkirk, Vanguard, Gambia, and Eagle. Fred passed away on October 1, 1995.