John, who was nicknamed "Ami", was a Stoker 1st Class on HMS Gambia for the 1946/48 commission. He became a founding member of the HMS Gambia Association but passed away on September 6, 2011, aged 84.

In February 2021, I received an email from John's daughter-in-law, Caroline, that included this clipping from the Manchester Evening News dated Saturday, July 16, 1994... 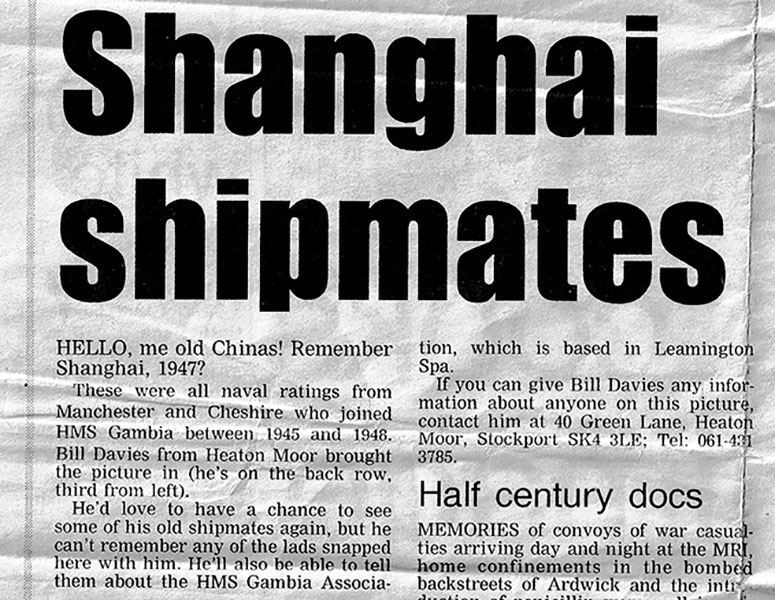 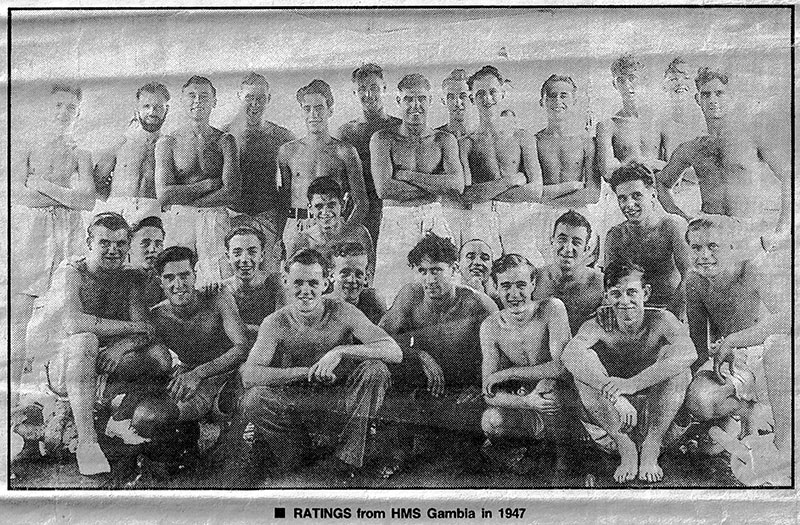 These were all naval ratings from Manchester and Cheshire who joined HMS Gambia between 1945 and 1948.

Bill Davies from Heaton Moor brought the picture in (he's on the back row, third from left).

He'd love to have the chance to see some of his old shipmates again, but he can't remember any of the lads snapped here with him. He'll also be able to tell them about the HMS Gambia Association, which is based in Leamington Spa.